Dr Matt has been practicing in Grimsby for over 18 years.  In 2002, he and his chiropractor wife, Dr Amy, fell in love with Grimsby and made it their home.  Since then they have had 4 beautiful children (at home with the Niagara/Lincoln Midwives), ages 8, 11, 13 and 15.  They are deeply involved in the community with school, coaching and church and are more passionate now about family health than they have ever been.

Dr Matt is passionate about staying on top of cutting edge health knowledge and helping people heal who have often been told that there’s nothing they can do.  Raising his family in a natural, vibrant way that respects food, movement and thought as ways to stay healthy is one of his best accomplishments.  Dr Matt is a true health visionary and sought after speaker often presenting at national conventions here in Canada and the United States.  Dr Matt believes that every person is made for a great purpose in this life and revels in the opportunity to help people of all ages.

Known as Dr. B in the office, he has long had an interest in the human body and how it works. During his final year of high school, he sustained a significant concussion while snowboarding, which pointed him in the direction of chiropractic for the first time. After experiencing complete resolution of his low back pain and migraine headaches, as well as learning about the importance of the spine and nervous system; he knew chiropractic was his calling. This led him to pursue a Bachelor of Science in Kinesiology from Redeemer University where he graduated with Honours.

He then worked as a Kinesiologist at a local orthotic lab where he gained knowledge, training and a special interest in gait analysis and foot biomechanics. After spending a year there, Dr. B attended Canadian Memorial Chiropractic College in Toronto where he earned his Doctor of Chiropractic degree. Dr. B is passionate about helping individuals live the healthy and abundant lives they were designed for. He has also taken additional courses in Thompson Technique, Activator Methods, Functional Neurology and is a certified provider of Tonal Integrative Correction (TIC). When he isn’t in the office, Dr. B loves to golf, cycle and enjoy quality time outdoors with his wife Krysten and their dog Daisy. 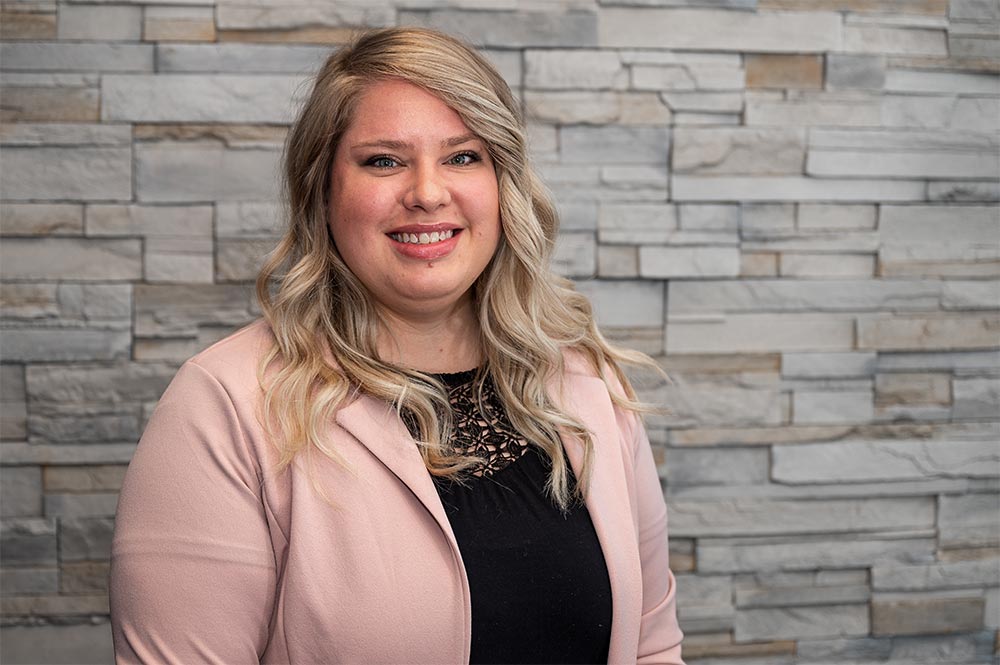 KathleenChiropractic Assistant
Prior to working at New Life Chiropractic, Kathleen was a patient for over 3 years. During this time, she not only experienced resolution of her symptoms but also a transformation in how she views health. This passion for health and natural ability to encourage patients to live life to the fullest made her a perfect fit to join our team. When she’s not brightening our patient’s day with a smile, Kathleen loves spending time with friends and family, cooking and reading. 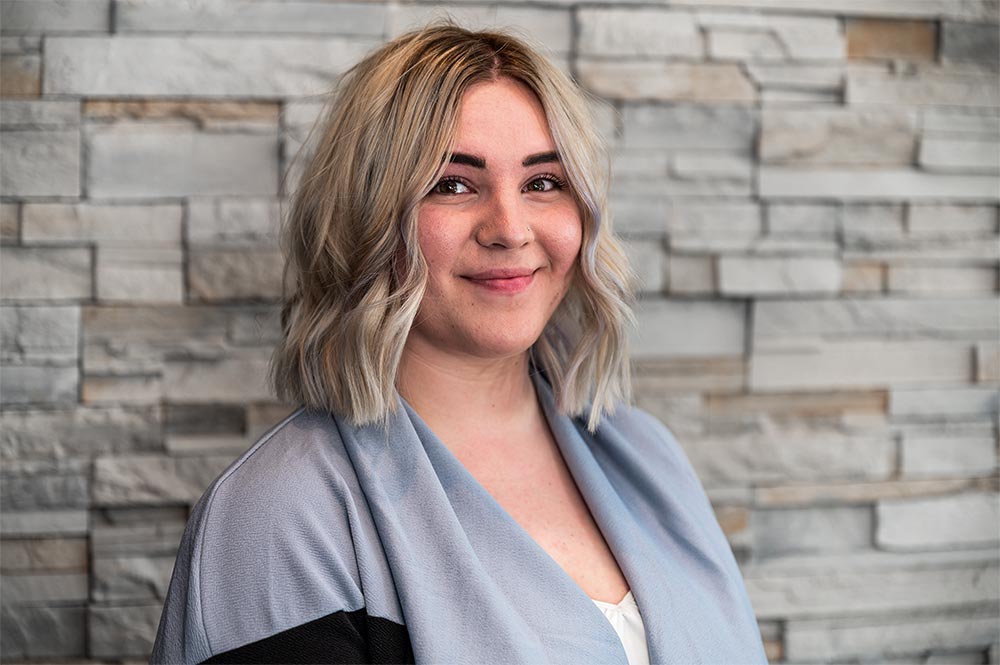 KaitChiropractic Assistant
After sustaining an accident during childhood; Kait has been getting chiropractic adjustments ever since. However, it wasn’t until working at New Life that she realized just how important and impactful the nervous system really is and how chiropractic can help the body heal the way it was designed. Kait loves being part of our tight-knit family and creates a positive, life-giving environment that promotes healing. Outside of work, Kait loves spending time on the farm with her husband Ben and their two dogs. She can also be found hiking on the Bruce Trail, gardening and trying new things such as woodworking, painting and baking. 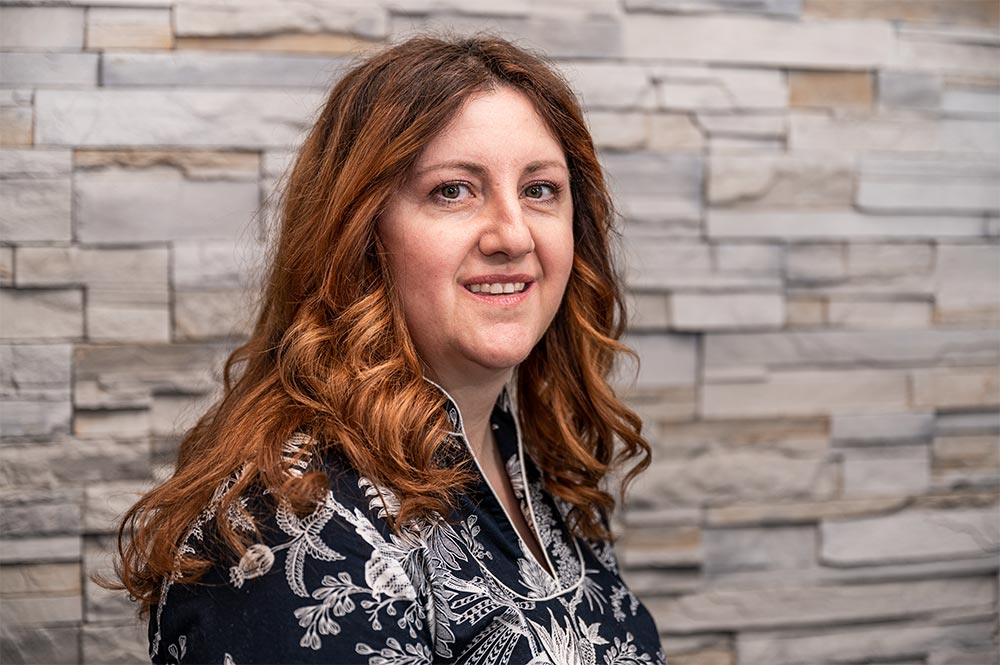 SlavaChiropractic Assistant
From the moment Slava walked through our doors as a new patient, she exuded a passion for health and wellness, which made her an excellent addition to our team. Her knowledge and heart are valuable assets as she assists our doctors in the examination processes at the clinic. Outside of the office, Slava loves to spend time with friends and family, play tennis as well as read and learn new things about health wellness. 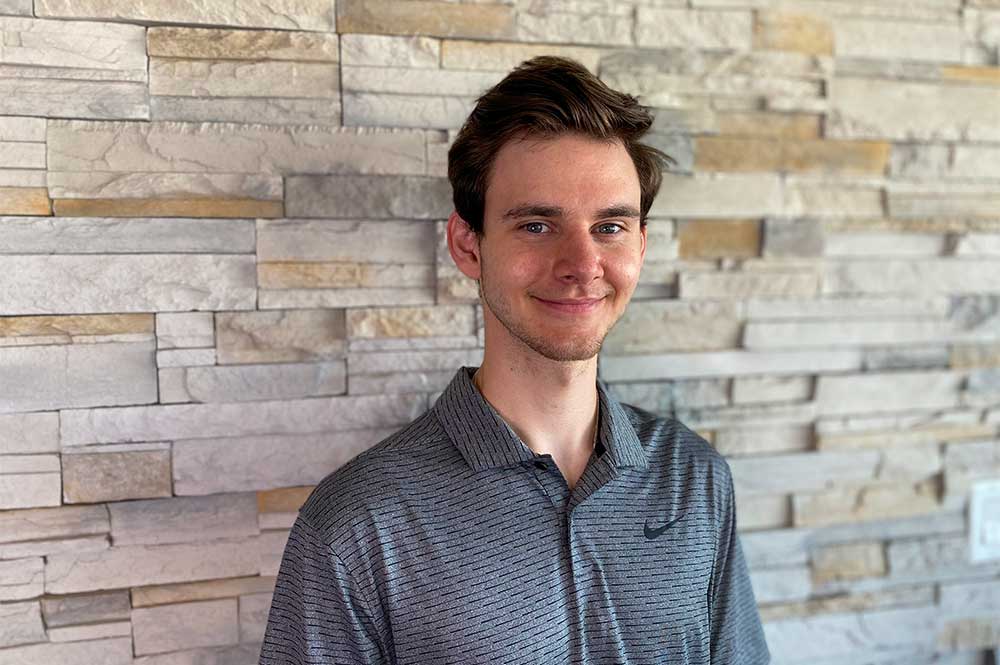 GavinRegistered Massage Therapist
Gavin is a Registered Massage Therapist and obtained an Advanced Diploma in Massage Therapy from Fanshawe College in 2020. Gavin was born and raised in Grimsby and has been a part of our New Life community for years. He enjoys staying active and grew up playing hockey and soccer in the community. Gavin welcomes patients of all backgrounds and concerns; whether acute or chronic pains, sports rehabilitation or relaxation. He has a passion for seeing his patients achieve their specific goals and is eager to help you reach yours.
Book Massage Now
This website uses cookies and third party services. OK
Go to Top